Welcome to the Battle Creek Fire Department web pages, and thank you for taking the time to get to know our organization.

I look forward to becoming an active member of the wonderful Battle Creek community. The Battle Creek Fire Department has an exemplary team of dedicated professionals, and I am excited to become part of that.

The future of the fire department, and our service to the community, has great promise, and I am humbled and excited about the opportunity to lead those efforts into the future. 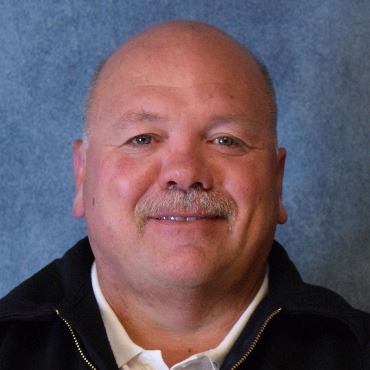 Fire Chief Bill Beaty joined the City of Battle Creek and Battle Creek Fire Department on Oct. 17, 2022. He was one of two finalists for the position, and both gave presentations to and answered questions from the community on Aug. 24. You can see the recording of that event here, on the city’s YouTube channel: https://youtu.be/R3KQ5tVau7s.

Beaty most recently served as the Deputy Chief for the all-volunteer Divernon, Ill. Fire Protection District. His previous experience includes Fire Chief in Garden City, Kansas and Fire Services Coordinator (Chief) for Finney County, Kansas from 2019-2021; Driver-Engineer and Captain in Springfield, Ill. from 1996-2019; and Captain and Training Officer in Divernon from 1987-1997.

He was Divernon Firefighter of the Year and Veterans of Foreign Wars Springfield Firefighter of the Year; and served on the IAFF Local 37 Executive Board. He served Lincoln Land Community College as the Fire Science Technology program coordinator, Emergency Medical Services program coordinator, and adjunct instructor. He served in the U.S. Air Force Security Forces from 1989-2008, serving multiple deployments and receiving numerous decorations and awards. He has served as a scholastic middle school and high school sports official since 1987.