Officials for the City of Takasaki and City of Battle Creek have decided to cancel the 2021 high school exchange this summer, due to the COVID-19 pandemic. 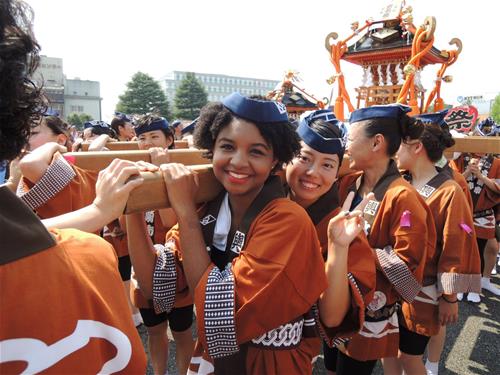 Are you interested in other cultures? Like to travel and make lasting friendships? High school students, as well as educators at any level, in the Battle Creek area school districts are invited to apply for the Battle Creek Takasaki Ambassador Exchange Program.

The Battle Creek Area International Relations Society, a committee appointed by the mayor of Battle Creek, oversees cultural exchanges with Battle Creek's Sister City, Takasaki, Japan. The student exchange offers the opportunity to stay with a Japanese family, visit area tourist attractions, and represent the City of Battle Creek at the annual Takasaki Summer Festival (includes shrine carrying pictured above).
Any student attending school in the Battle Creek area is eligible to apply. Teachers and administrators working in the Battle Creek area are also encouraged to participate. Adult chaperones and translators assist the delegations in both countries.

The International Relations Committee sends four high school students and a teacher to Japan each summer as part of its High School Ambassador Exchange Program. The Battle Creek area delegation hosts a Japanese delegation in Battle Creek, then travels to Takasaki, Japan, as part of a 20-day summer exchange. The exchange period falls within the last two weeks of July and the first two weeks of August.


Takasaki is located in Gunma Prefecture, around 120 kilometers (75 miles) northwest of Tokyo, about 50 minutes via high-speed train or 2 hours by car.  Population totaled around 375,000 in 2017. Takasaki became established as a city in 1900, although the region was bustling throughout the feudal days of the Edo period (1603-1868).

Today, a busy city center is surrounded by farmland (many rice fields) and a lush forest with mountains on the horizon. Takasaki is famously home to the Daruma doll, a good luck symbol in Japan. Takasaki residents are known for their warm-hearted, polite nature.

Check out the brochures below or Visit Takasaki's English website for more information. 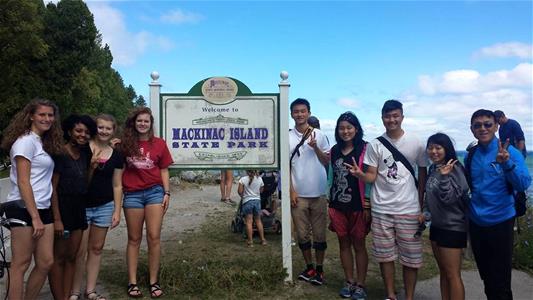